Written by Michael J. Maloney on April 7, 2022. Posted in Publications.
Request A Consultation

How many times has a CEO or another executive reached a deal “in-principle” with a non-U.S. company by telephone or over a lunch or dinner meeting? Mostly likely, the dealmaker walks away from the meeting thinking that the details could be ironed out later and the company would not be bound to an enforceable agreement until a written contract is signed. If no agreement is ever signed the company would face no potential liability. This concept—that agreements must be in writing to be enforceable—is known as the “statute of frauds” and is so well-entrenched in U.S. jurisprudence and business practice that it is widely assumed that no matter what you and your counterparty agreed to in an oral conversation, if the performance of those terms could not be completed within one year, most U.S. courts will not require your company to perform its end of the bargain.

The statute of frauds originated from a 1677 act by the English Parliament and was long ago encoded in the Uniform Commercial Code (UCC) and adopted in all 50 states. But just because your business is based in the U.S. does not mean that all of your commercial dealings will be subject only to the UCC and other U.S. commercial laws. With the annual value of imports to the United States now exceeding $2.42 trillion,[i] it would not be surprising that many of your transactions involve some aspect of international trade. Does your understanding of the statute of frauds apply equally to transactions with an international character?

In many ways, the CISG provides for rules of contract formation that are similar to those under the UCC: An offer must be “sufficiently definite and indicat[e] an intention by the offeror to be bound in case of acceptance.”[iv]

Acceptance is accomplished by “[a] statement made by or other conduct of the offeree indicating assent to an offer.”[v] But subtle differences between the CISG and conventional US contract law can present risks to U.S. persons engaging in business abroad. For example, under the CISG, an offer is accepted when acceptance is received, while under the UCC, an offer is accepted when acceptance is sent. Under the UCC, acceptance can be effective even if the terms of acceptance are slightly different than the offer. This is not the case under the CISG, where the terms of acceptance must match the offer. The statute of frauds is another difference between the CISG and the UCC: the CISG does not require a contract be reduced to a writing to be effective.

The differences between the UCC and CISG may lead to unexpected results for the unwary and inexperienced. Because the CISG is a treaty to which the US is a signatory,[vi] it is federal law and preempts inconsistent provisions of the UCC and other state law. U.S. courts will enforce agreements arising under the CISG that would not be enforceable under the UCC. In Hybrid Energy Servs. v. Magness Oilfield Brokerage, LLC,[vii] a federal court sitting in Texas permitted a Canadian manufacturer to move forward with a breach of contract claim against a Texas-based defendant. The Canadian manufacturer alleged that an enforceable contract arose by way of telephone calls about the purchase and sale of oil-field products. In Texmont Design Limited v. Halston Operating Company, LLC,[viii] a federal court sitting in southern California denied summary judgment on breach of contract claims asserted by a Hong Kong garment manufacturer. The claims arose from oral promises made by the CEO of a New York-based fashion company over a dinner table during a meeting in Hong Kong. As oral agreements, it is likely that neither of these contract claims would have been moved forward if governed by the UCC. Because the agreements involved the international sale of goods, the CISG applied and the sellers’ contract claims were viable.

Professionals engaged in negotiating or advising on transactions relating to the sale of goods should be mindful of the subtle differences between contract law under the CISG and the UCC and when the CISG may preempt the UCC. Failure to keep in mind the difference in effect and application of these laws may result in the creation of enforceable agreements when you least expect it. 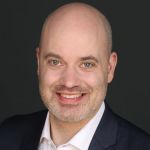 Michael James Maloney is an experienced trial attorney who represents clients in complex commercial, fiduciary, business and professional liability matters. He routinely advises clients on the out-of-court settlement of claims and mitigation of legal risk.