Written by Rosanne Felicello on June 10, 2022. Posted in Publications.
Request A Consultation

According to the National Council of Nonprofits, there more than 1.4 million 501(c)(3) charitable nonprofits in the United States alone. This nonprofit sector is a vital part of our national and local infrastructure, providing important services and advocacy for a wide range of people in urban, suburban and rural areas. Often, the people who serve as officers and directors for non-profits do so because the mission of the non-profit aligns with their interests and concerns. These well-meaning board members may not be aware of the potential liability that attaches with service as an officer or director of a non-profit.

Because non-profits by their nature (like for-profit corporations) often handle funds entrusted to them by others, they are organized similar to corporations and board members owe fiduciary duties to the non-profit organization similar to those owed by for-profit corporate board members. Nonprofits vary in size and mission but they adhere to the same basic organizational structure, with a board of directors or trustees managing the entity’s operations and officers carrying out the day-to-day work. Like at for-profit companies, the officers and directors/trustees are the dedicated professionals who develop the vision, make strategic decisions, and manage the nonprofit’s day-to-day affairs. Most of the time the work is not glamorous and, often, the officers are paid less than their counterparts at for-profit corporations. Board members frequently contribute their time and labor to the cause without receiving any compensation. Like their for-profits’ cousins, directors and officers of nonprofits can also be sued by donors or other stakeholders who assert claims for perceived misconduct. This risk to directors and officers is often overlooked in the nonprofit world, where the focus is on providing services and executing change for good.

Thankfully, the laws of many states offer directors and officers of nonprofits qualified immunity from certain liability claims. For example, in the case of a “not-for-profit corporation” under NY law, a director, officer, or trustee is often immune from liability for conduct related to his/her/their service for the entity. There are certain caveats to this immunity: First, New York’s not-for-profit law only provides for qualified immunity for those directors, officers, and trustees of non-profit corporations who serve without compensation. N.Y. Not-for-Profit Corp. Law § 720-a (“N-PCL 720-a”). If the director/officer/trustee is compensated for his/her/their service, then the statute does not provide any immunity to liability. Second, the immunity provided by the statute is not absolute. Even an unpaid director, officer, or trustee may face liability for intentional or grossly negligent conduct. When evaluating this defense, “a court must ‘determine whether the defendant is entitled to the benefits conferred by N-PCL 720-a and, if it so finds, then it must ascertain whether there is a reasonable probability that the specific conduct of the defendant fell outside the protective shield [of the statute].’”

Under New York civil procedure law, this defense is entitled to an expedited determination of applicability. In response to a pleading asserting claims against an officer/director/trustee of a non-profit, the defending officer/director/trustee may move to dismiss the claims at an early stage of the case to invoke the immunity provided under N-PCL 720-1. To invoke the protections of the statute, a defendant must show that the corporation is a 501(c)(3) non-profit entity and that she/he/they served as a director, officer, or trustee “without compensation.” If both conditions are met, NY procedural law requires the party asserting liability to “come forward with evidentiary proof showing a fair likelihood that he or she will be able to prove that the defendant was grossly negligent or intended to cause the resulting harm.” N-PCL 702-a requires the claim to be dismissed unless the party asserting liability shows “a reasonable probability that the specific conduct of such defendant alleged constitutes gross negligence or was intended to cause harm.” The standard required for the claim to proceed is high. The ”mere possibility that such proof can develop does not suffice to keep the case alive.’”

The qualified immunity provided by N-PCL 702-a in NY encourages altruistic board service by limiting the potential legal exposure of non-compensated board members and officers. But the current framework also has some downsides. Together with CPLR 3211(a)(11), N-PCL 702-a makes it difficult for stakeholders to assert legitimate claims against rogue officers or directors because the proof of individual gross negligence or intentional conduct must be shown at the very beginning of the case, before a plaintiff has an opportunity to develop evidence during discovery. A further downside is that the law only protects non-compensated officers/directors/trustees. Someone who cannot afford to serve on a non-profit board without compensation receives no qualified immunity.

While a policy distinction between paid and unpaid board members appears to have some logical foundation on its face, the logic does not hold under scrutiny. Some qualified and diverse candidates are unable to serve without compensation. By requiring those who are compensated for their board service to face fully potential liability without the shield of N-PCL 702-a, the law discourages qualified professionals from providing necessary services to nonprofits. It also sets up those least likely to be able to afford legal risk to face the greatest potential exposure from their service. If policy favors encouraging diverse and qualified professionals to serve non-profit boards (and it should), the NY legislature and other states with similar limitations, should consider rethinking the requirement that board members be unpaid to qualify for immunity under N-PCL 702-a.

Non-profit service should not only be for the independently wealthy. Its benefits are great. It is an opportunity to share your talents with a wider community or simply to make your community and world a better place. And studies show that altruism is good for you. So do not be discouraged from taking on an important role at a non-profit you believe in, just be aware of the potential liability and (if you are in New York) consider whether you can opt to serve without compensation so that you can take advantage of the qualified immunity offered under the law. 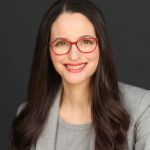